A&M Scotland are a Glasgow-based charity who run a host of social programmes for young people living in some of Glasgow’s most deprived areas – from sporting events to volunteering and employability sessions – which are aimed at enhancing the confidence, self-esteem, mental and physical health of the participants.

Robert McHarg, CEO of A&M Scotland, described this as “the trip of a lifetime” for the group, who were given the fantastic opportunity to be put through their paces and undergo various  training/ conditioning regimes at this first-class facility.

Home to the English national team and utilised by some of the biggest names in the sporting world (from FC Barcelona to the Australian ‘Kangaroos’ national rugby team), the facilities at St Georges Park would make most sports teams envious – and the young people who took part will not only have memories which will last a lifetime but will have, A&M Scotland hope, gained a great experience which will boost their self-esteem and help them in their daily lives. 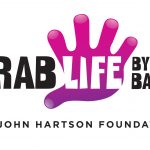 Grab Life By The BallsUncategorized 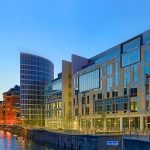