Stephen, one of the original founders of the organisation with Commercial Director Brian Jamieson, has a sterling technical background in Electrical Engineering, gained before further diversifying into Sales and Management.

It is this solid platform which Stephen alleges prepared him in undertaking the role of M.D. in a business he describes as the University of Life. Day-to-day activities centre around communication, both internally and externally, where the concept of being able to forge relationships from the Boiler Room to the Board Room is noted as Stephen’s Key Deliverable.

ECG FS has enjoyed continuous, rapid growth since its inception in 1994, now employing over 350 staff with an annual turnover in excess of £40million and holding a deserved reputation for excellence throughout the industry.

Stephen has previously held the position of Chairman of the HVCA in Scotland as well as being former Secretary to The BIFM Committee in Scotland.

His true passion in life, apart from his family, is Celtic Football Club whom he has travelled the world supporting – although it must be stipulated that the Company enjoys hospitality at both sides of the great Glasgow footballing divide! 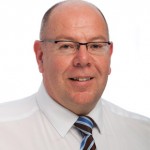