Following a competitive tendering exercise, ECG were awarded the contract to replace the chiller at 9 George Square in Glasgow for Knight Frank in the summer of 2014.

ECG were faced with an overwhelming challenge on commencing the works as the redundant compressors were located in the basement of the building, which had limited access. Following an initial assessment, the decision was taken to break down the existing compressors and remove them from site in sections. Furthermore, the external louvre to the back lane was removed to allow for the removal of the redundant plant.

The new chiller were slightly smaller and only required the control panels to be stripped down to allow them to be taken to the point of install, and ECG also replaced the 2 no. redundant single speed chilled water pumps with two variable speed high efficiency pumps.

Alterations were then undertaken to the existing chilled water pipework, controls and electrics to accommodate the new plant arrangement.

All the works were completed on schedule and on budget with minimal disruption to the building users business. 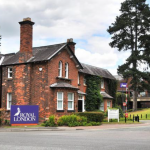 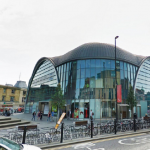